Nelson Mandelas of the World: RISE AND SHINE! 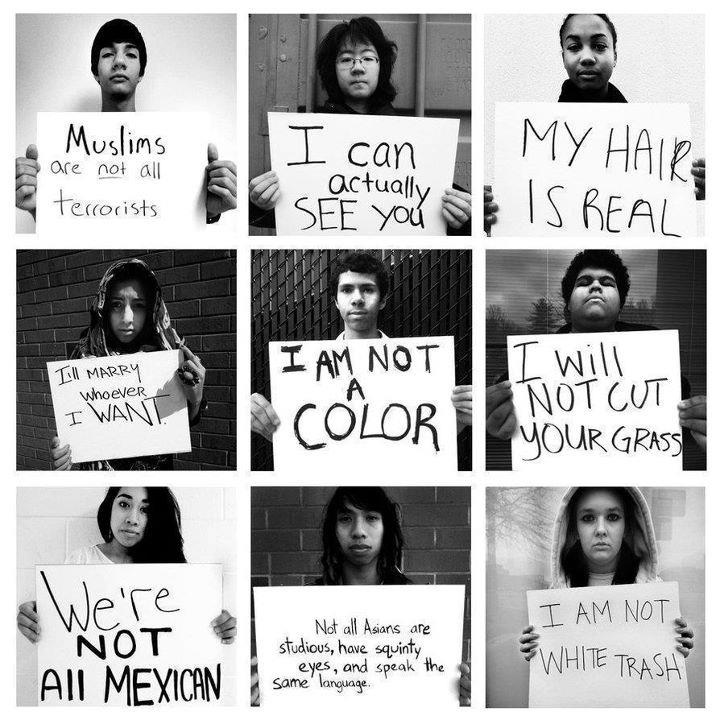 No but seriously, where are you?

No more playing hide and seek, show your face too.

I know you also care.

By now, pretty much all of us know that Nelson Mandela passed away. Mandela spent 27 years of his life in prison –I bet just one day in prison is an insane experience, imagine 3 days, 2 weeks, 1 month…1 year. Once he got out he surprisingly managed to redirect his resentment and sorrow towards being more of an activist than ever. After 27 years in prison, most of us would be angry at society and despise it more than anything or, at least, ignore everyone and just care about our well being. BUT HE DIDN’T.

On the contrary, he turned his experience into energy to fight for justice, respect and equality of men AND women regardless of their color, because color it is just what it is: a color –a visual perception. It does not define you as a person. It does not mean that you are more or less capable, intelligent or valuable.

We are on the same page, right?

There’s nothing we can do to change Nelson Mandela’s death. Let’s focus on the future and make sure his legacy and his example do not vanish between tweets, posts, news feeds or blogs like mine.

I mean, rendering tribute to Nelson Mandela is a “must do” but so should be the fact of not letting his legacy have been in vain or just seen as something “honorific”, “historical” or “heroic”. He probably was a hero but, most importantly, I’m sure he would have wanted for his cause to remain more vivid than ever because, unfortunately, his cause is still something worth fighting for.

Be brave enough to say what you think.

The human race needs more people –especially young people– engaged and committed to RISE THEIR VOICES for things that matter: empathy, poverty –not just a third world thing–, helping others, care, mutual respect and LOVE. Engagement and commitment not just for your beloved ones –of course, those have their needs “covered” – but for the ones that we do not know, but still exist.

(I’m sure animals, plants and other lives in being would appreciate that very much indeed too.)

It does seem that most of us remain silent, distracted, oblivious and insensitive to other human suffering. Today, we tend not to care much about other people –it is more like “me, me, me, me, my pimple, me, my facebook status, me, my situation, oh my goodness! my world is crazy, me, me…”.

ME, personally, I find very attractive and encouraging when someone is brave enough to say what he or she thinks, without the fear of not being liked.

This is how society can change.

This is how one thing that seems impossible might end up being possible.

The brave ones are rare, and sometimes I feel they are about to become extinct…This is why I say RISE AND SHINE! because there are more people like you, and they need reinforcements.

I understand that we all want to be accepted somehow but more often than not we just “shut up and follow the crowd” because that’s the easy thing to do.

And it is a TERRRRRRRIBLE MISTAKE.

By following the crowd you will only find one thing: more crowd.

And in the end, this attitude slaps all of us in the face. It hurts everyone –except for the so called 1% who tends to control pretty much everything.

“Crowd” encompasses all of us, indistinctively, as if we were all interchangeable, replaceable, and dispensable. Everything is seen in economic terms.

We are irreplaceable, unique and indispensable in our own way.

Each and every single one of us.

Because of this we all should have a bit of a founded opinion about what is happening in the world. There is no way that life can be worth living if we just see it through productivity, prices, offer, demand or wealth in general. Life is much more than that. Life SHOULD be more than that.

I think it is important for us to realize that is easier to be happy when you give and share with others than when you have plenty of things but no one to share them with or, most importantly, no one to talk to.

Let’s not just leave Nelson Mandela’s legacy as an anecdotic thing, let’s DARE TO START A CONVERSATION THAT MATTERS.