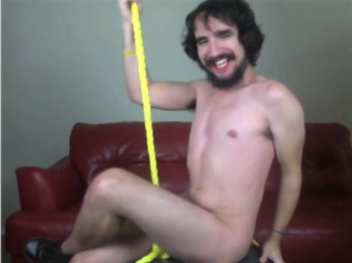 Why, Mileys of this world, Why.

How on Earth can girls agree to do a video clip like the Wrecking Ball. It is not the fact that they are still young girls and that they are promoting themselves to be seen as pieces of meat to the best bidder.

Licking a hammer. “Yummy” Singing naked on top of a demolition ball. “Er…Wierd?” Exposing themselves wearing virginal white underwear. “No, not sexy”. Faking tears. “Not emotional. At. All.”

Where among all these things can their “talent” fit? I don’t see it anywhere.

And all these, WHAT FOR? What is the magnificent reason to do all this crap? MO-NEY.

Millions of teenage girls follow her endeavors and aspire to be like her. Or at least, to my own surprise, resemble her somehow. That’s kind of troubling, and annoying, and disturbing. All at the same time. What are you, Mileys of this world, thinking when you appear doing those shameful performances. Do you ever think why you do all this? Or do you just unplug your brain and let your managers manipulate your will power, your decency, and your common sense.

It’s been a long fight for many women in this world to TRY (listen, I’m saying TRY, not even ACHIEVE) to be treated with respect. Fight to be seen not just as a sexual object, a trophy woman, a man’s shadow or a weak and helpless creature that does not know what to think and does not even have a criteria.

Mileys and artists like Miley should read some meaningful books, spend some time studying, be curious about what surrounds them and, above all, think of why they do the things they do. Why do they want to be artists and how they want to be.

Mileys shouldn’t be proud of being seen as a piece of meat, as a drama queen who licks hammers and bounces naked on top of a demolition ball and pretend to make the world believe that those things are really cool.

If they are old enough to sing, and to appear on television shows and to sing half naked, they have to be old enough to start using their brain, to start thinking and questioning their performances and the quality of their songs (which, let me say, leave much to be desired). And rather, they choose to embarrass themselves, and the rest of women in this planet.

This is not cool. You Mileys are not cool.

You have the means, you have the influence, you have the power to guide a lot of girls into what really matters and to make them use their brains. You can INSPIRE THEM, and rather, you release crappy songs with polemic videos only to make you more famous, richer and because you want them all “talking about you”.

There you go, I decided to also talk about you Mileys, and I wish this could get to a lot of readers, especially women. I wish I could help to make the difference, to inspire someone to question things that he or she has never thought before.

If you, Mileys, know that you are a referent for someone, try to do good. Try to give them some guidelines or tools about what should really matter.

You are not doing it, and I want to point it out.

Great songs have come out of people performing fully dressed, you know? Without having to lick a tool from the toolbox to become popular. When you want to be a singer, what should really matter is how good is the song, you should be able to transmit something with the rhythm, the melody, the lyrics, your VOICE. Not your boobs, not your tongue in a hammer, not you appearing half naked.

There are women who fight for equal rights, who want to be seen as respectable persons and who work for things that can contribute to make a better world. They do not even have half the influence that you do.

You have it, and you have blown it away.

As a woman, I am very, very offended. Your lack of professionalism makes us go ten steps backward for each one we have gone further.

For that, you Mileys, should become unknown.

And now, enjoy  a parody of the video from someone who also thinks that they are absurd: